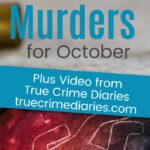 All States have some type of Murder by Degrees Statute. Occasionally, they differ in name, but the results are pretty much the same, with one exception: not all States have Capital Punishment, or the Death Penalty.

Federal law also has Murder by Degrees AND Capital Punishment. We can get into the double-jeopardy clause and why you can be charged both by Federal and State laws another time. But for now, Let’s start with Murder by Degrees in general.

As of October 2020, 28 States have authorized capital punishment, along with the federal government and the US Military. Six states have recently abolished the death penalty (New Mexico, Illinois, Connecticut, Maryland, New Hampshire, and Colorado) replacing it with mandatory life imprisonment with no possibility for parole.

Nebraska also abolished the death penalty in 2015, but it was reinstated in 2016. Courts in Washington and Delaware recently ruled that states’ capital punishment laws are unconstitutional. As you can see, States are debating its fairness, reliability, and cost of implementation across the US.

More recently, the Federal Government carried out execution of a federal prisoner for the first time in 17 years. Only ten executions (none of them military) have occurred since 1963, none of these have been women. Seven were executed this year alone.

So what does that mean? If you premeditate or plan a murder in advance in any case imaginable, that’s murder in the first degree. Remember, premeditation does not have to be hours, days, weeks, or months in advance.

“the unlawful killing of a human being with malice aforethought. Every murder perpetrated by poison, lying in wait, or any other kind of willful, deliberate, malicious, and premeditated killing; or committed in the perpetration of, or attempt to perpetrate, any arson, escape, murder, kidnapping, treason, espionage, sabotage, aggravated sexual abuse or sexual abuse, child abuse, burglary, or robbery; or perpetrated as part of a pattern or practice of assault or torture against a child or children;

or perpetrated from a premeditated design unlawfully and maliciously to effect the death of any human being other than him who is killed, is murder in the first degree.” 1

All States have some sort of Murder by Degrees and a First Degree Murder statute of some sort. All States’ Murder in the First Degree does not mean Capital Murder.

Second degree murder basically means it is a serious enough murder, just not premeditated. In some cases, this means it’s “aggravated” in some manner, say, in conjunction with a robbery, or while committing another act.

And for the last of our Murder by Degrees, most States and the Federal courts do not recognize third-degree murder. However, they usually recognize this as Manslaughter, which sometimes also has degrees. Manslaughter in most cases means murder without malice. So by committing another crime and someone dies as a result, but not intentionally, that would be third-degree or manslaughter.

Some states do recognize third degree as “aggravated”, like aggravated arson, or aggravated manslaughter.

Homicide can be further described as “the killing of one human being by another. Homicide is not always criminal. For example, a lawful execution pursuant to the death penalty is homicide, but it is not criminal homicide.” 2

We further discuss Homicide and the various “-cides” in our post The Psychology of Murder, Insanity, and Murder Degrees.

For more definitions, check out our article Criminal Justice Definitions and Terms.

Homicide is not necessarily a crime. It is a necessary ingredient of the crimes of murder and manslaughter, but there are other cases in which homicide may be committed without criminal intent and without criminal consequences, as, where it is done in the lawful execution of a judicial sentence, in self-defense, or as the only possible means of arresting an escaping felon. The term “homicide” is neutral; while it describes the act, it pronounces no judgment on its moral or legal quality. 3.

For most, the definition of manslaughter is simply the unlawful killing of a human being without malice. Manslaughter also has its own version of “Murder by Degrees”. However, some states do recognize two different types of manslaughter:

Voluntary—Upon a sudden quarrel or heat of passion.

It can be confusing in which states use murder by degrees. However, in all cases, Murder simply means the killing of an individual person with intent.

The Four Cases for this Week

Kelsey was a child abuse victim that was murdered at the home of her biological mother, Raye Dawn Smith, and her Step-father, Michael Lee Porter. Kelsey’s case is the worst case of child abuse I have heard of in a long time. She was murdered while being “closely” observed by the Oklahoma Department of Human Services. Her death was ruled a Homicide.

The Kelsey Smith-Briggs Child Protection Reform Act was passed in March 2006 as a result of this heinous crime. The Act provided a way to reform the way courts and the Oklahoma Department of Human Services handle cases related to child abuse and neglect. 5

In 1999, David Temple murdered his wife, Belinda Temple, by shooting her in the back of the head with a shotgun, killing her and their unborn child. He was charged with two counts of First Degree Murder and appealed twice. He was tried in 2005, convicted, and the verdict overturned in 2016. He was again tried in 2019, but the jury could not decide on sentencing.

He was originally scheduled for resentencing in March 2020, but… the coronavirus. The case is set for re-sentencing on January 4, 2021. I, for one, will be watching for this verdict. You can read about our profile of this case at Justice Deferred: Once a Football Star, now a Murderer – Explaining the Devastating Death of Belinda Temple.

Kathryn Casey wrote an excellent book called Shattered: The True Story of a Mother’s Love, a Husband’s Betrayal, and a Cold-Blooded Texas Murder, that covers the case through the first trial.

Carmine Calabro was convicted of two counts of Second Degree Murder, affirmed by the Supment Court of New York. This is a famous case from 1990 that used Forensic Odontology to prove the defendant actually murdered the victim. This was also a case profiled by the FBI’s Behavioral Analysis Unit and featured in the book “Mindhunter”, by FBI Special Agent John Douglas.

Forensic Odontology was also used in the more famous Ted Bundy case. Since then, it has widely been discredited.

You can read more about the wrongful conviction due to forensic odontology at the Innocence Project.

Murder by Degrees in Australia

I thought we should look at a case from “down under”. From what I can understand, there isn’t really murder by degrees in Australia. While the Australian laws are similar in nature, according to the Crimes Act 1900 – Sect 18, there are only two Murder types. Murder and Manslaughter.

In the next case, the charge was Murder, as defined:

Murder shall be taken to have been committed where the act of the accused, or thing by him or her omitted to be done, causing the death charged, was done or omitted with reckless indifference to human life, or with intent to kill or inflict grievous bodily harm upon some person, or done in an attempt to commit, or during or immediately after the commission, by the accused, or some accomplice with him or her, of a crime punishable by imprisonment for life or for 25 years.

Every other punishable homicide shall be taken to be manslaughter. 6

In this case Caroline Byrne was an Australian model murdered by her boyfriend, Gordon Eric Wood in 1995. After two trials, Mr. Wood was found guilty and sentenced. He started his sentence in 2011. In 2012, the Criminal Court of Appeal ruled that the trial was critically flawed and the possibility of suicide should not have been excluded.

Gordon Wood was released in 2012, having served three years two months in prison. The Crown decided not to retry the case.

To hear more about these cases, there are links within each paragraph to their own article. Look for more Murder by Degrees in future cases including famous murders.

Below you will find the video that goes along with this article!

Be on the lookout for another murder coming in November. The death of politician Mark Costello. Just in time for Election Week!

Let us know what you think.